Private art museums are quite astonishing entities. In addition to displaying unique and personal collections, they "afford visitors the rare opportunity to take a peek into the lives and passions of some of the world’s wealthiest and most powerful people, " as written by Emma Solely for Departures.com. And interestingly enough, we may have these wealthy and powerful people to thank for the creation of the museum in the first place. As published on FT.com: "What is generally considered to be one of the world’s first museums opened circa 1628 in Kennington, London, where John Tradescant would take visitors around his collection of curiosities gathered from his travels." 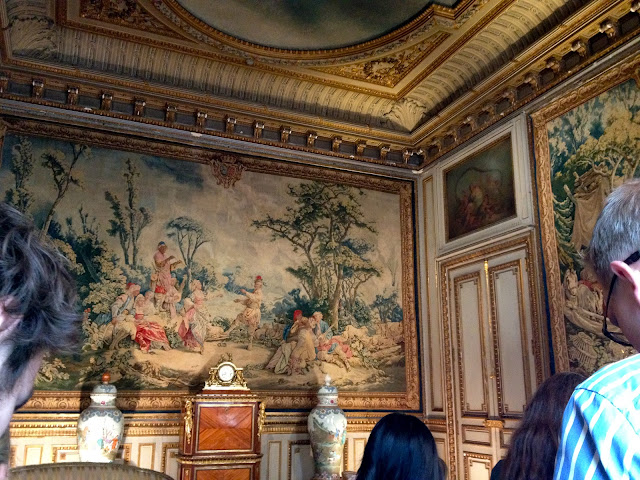 This past week, I had the opportunity to view the eclectic and refined tastes of Eduoard André and Nelly Jacquemart. Over a hundred years ago, they built a small palace within Paris to display their extraordinary collection and then bequeathed it in its entirely to the Institut de France in 1911. It was to be opened as a museum for the public though the layout could be changed and no art could be lent. It's amazing to think it is still just as dazzling a sight as it was then.

Spectacular, isn't it? And yet I found it most interesting to observe the visitors who were notably more mature and seemingly more cultured. This was visible in the clientele of the beautiful café and could also be inferred by the more expensive admission price (11 euros). I'd say it was worth it though. I especially loved the original work of Botticelli and Rembrandt and the visit is undeniably peaceful--it's as if you become privileged too by simply being there. 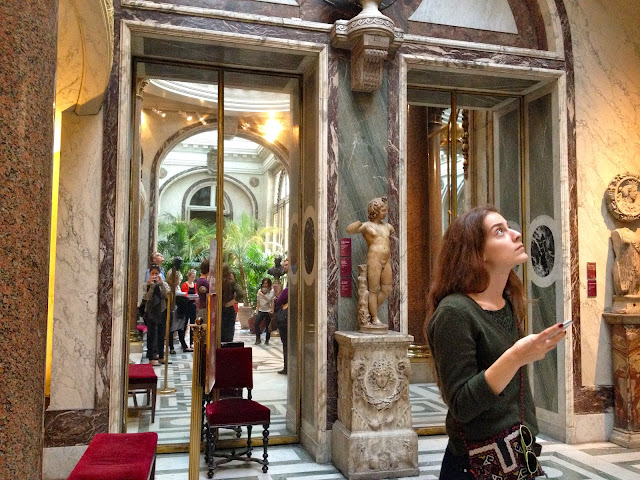