Great Britain at the British Museum

This past weekend, I ventured to London with one of my classes. Although our itinerary was pretty intense the first two days, we were left to explore during the entirety of Saturday. Mary and I decided to peek into London's national identity and find out what a "vast collection of world art and artefacts" looks like with a (free!) visit the British museum. 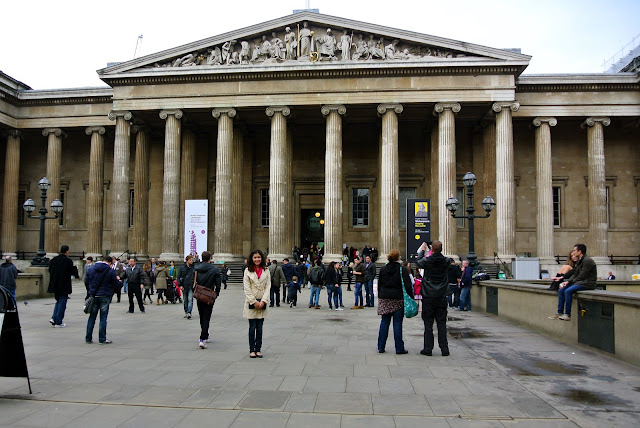 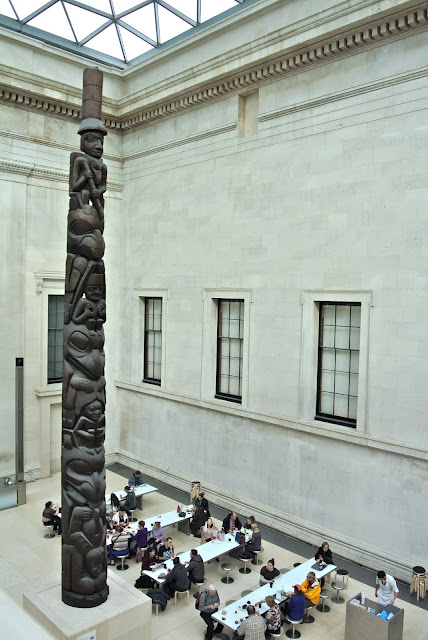 The immense main hall (through which one arrives after passing through the main entrance) is incredible. With such tall ceilings and a circular shape, it felt as though we were standing in the center of the Universe. And in some ways, I suppose, we were. The full range of exhibits could be accessed by taking a hallway (corridor) or staircase and there were various services to make the experience more enjoyable: an Information desk, the Gallery Café, "the Families Desk", the Museum Shop, the Multimedia desk (a Korean Air sponsorship offered free audio guides). 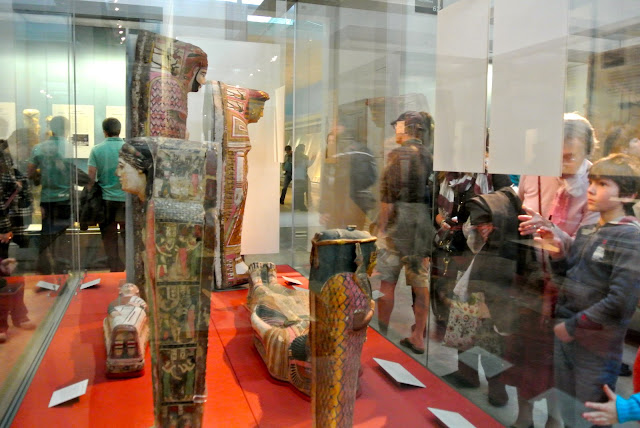 With free maps in hand, we set out "to experience some of the highlights of the magnificent permanent collection." 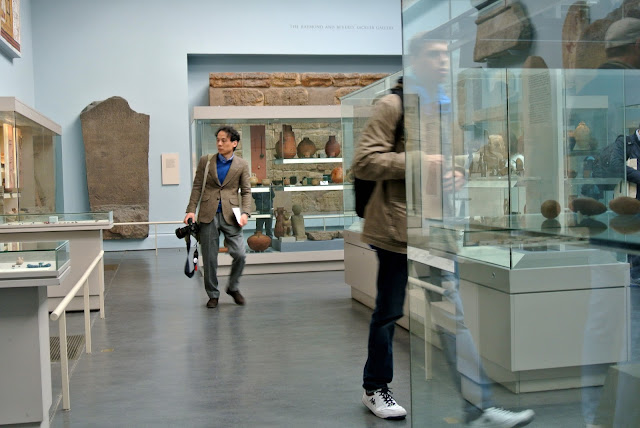 Of the most ancient artifacts, I realized many had originated in many former British colonies. It was almost ironic yet not at all that they were still being showcased with such esteem. After all, at one time the British Empire was the largest, wealthiest, and yes, greatest. The physical evidence of such power appeared to be the most popular amongst visitors and the free tours and talks scheduled throughout the day. 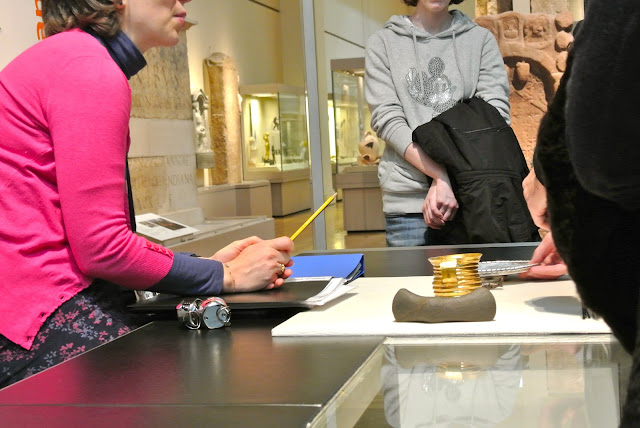 To enhance the privileged opportunity, the Museum offers opportunities to touch objects and learn more about them under the supervision of experts. I believe the intention is that which Fiona Candlin hypothesizes in The Dubious Inheritance of Touch: Art History and Museum Access, "touch potentially opens up previously prohibited ways of understanding museum collections and includes visitors who have traditionally been marginalized by an emphasis on visual learning. As such, it could represent a new and positive step towards recognizing different forms of knowledge and in correlation acknowledges the rights of blind people, among others, to access their collective cultural heritage." 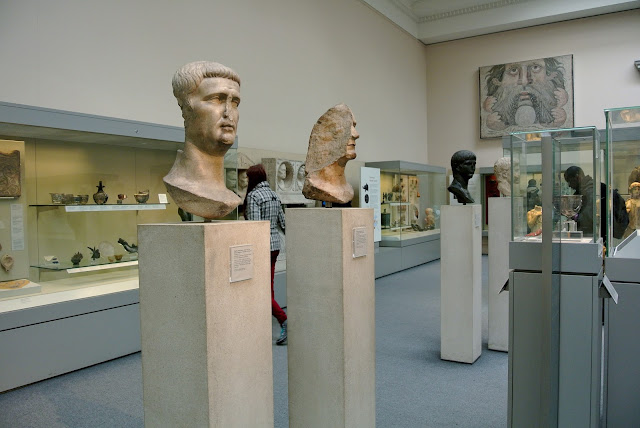 Ancient Greek and Roman artifacts and the rotating exhibitions were accessible from the upper floors as well. On our visit, they were displaying Spanish prints and drawings from the Renaissance to the time of Goya, in addition to a look at the significance of water, tea, and wine across Asian cultures. A visual history of Europe was additionally on display. 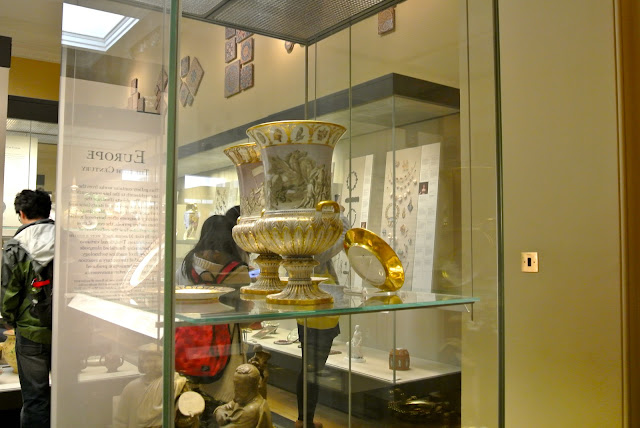 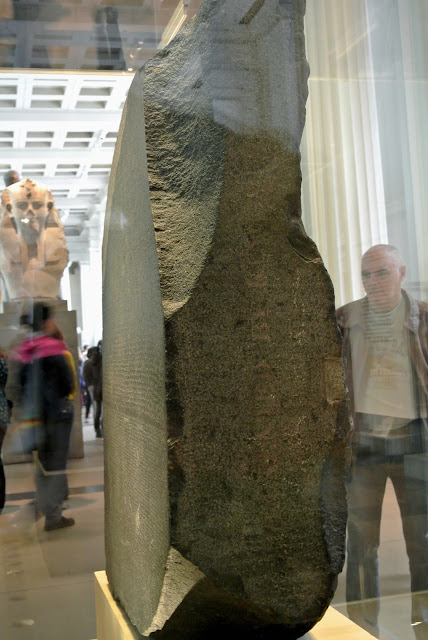 The biggest crowds I saw, however, could be found on the ground floor. Not in the Americas exhibits, nor of those of China, South Asia, and Southeast Asia, but in room 4: Egyptian sculpture. It is here that The Rosetta Stone is set on display surrounded by thick glass. I'd assume that this amazing "key to deciphering hieroglyphics" tops the list of A History of the World in 100 Objects written by British Museum Director in conjunction with BBC Radio. 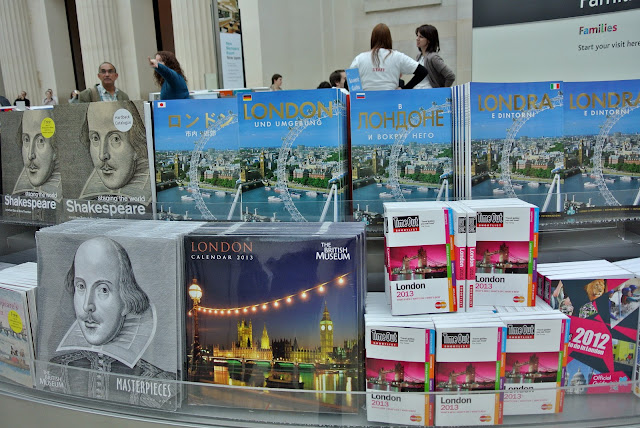