The Beaubourg-Effect at le Centre Pompidou

In the past, "the building chosen to stand for the institutionalized museum is itself representative of a particular building type familiar to all of us who have visited the world's great museums," as described by Rosalind E. Krauss in Postmodernism's Museum Without Walls. 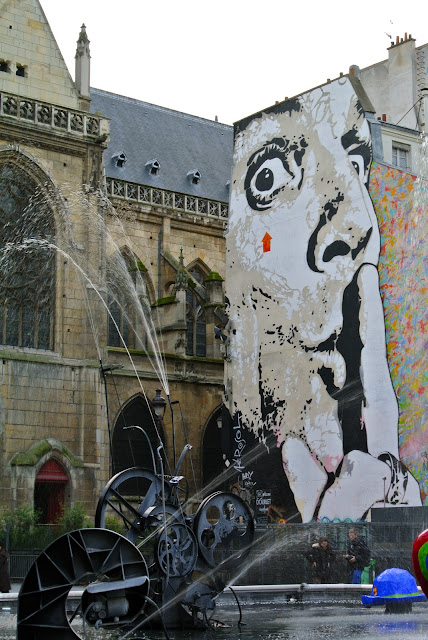 Le Centre Pompidou, inaugurated on January 31st, 1977 as a cultural center, sought to change that notion. 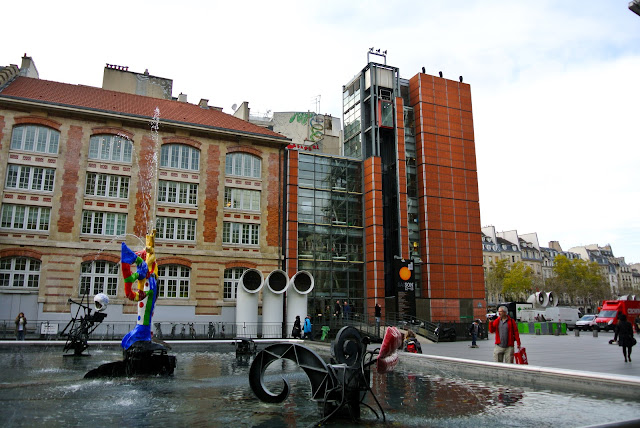 Founded upon the concept of transparency as a means to create a democratic living space for the arts and the public, it appears to be inside out with structural aspects colorfully exposed.  Clearly this speaks to Stephanie Moser's reference in The Devil is the Detail: Museum Displays and the Creation of Knowledge: "'design plays a crucial role--not just in presenting content, but in actually creating it, (Serrell 2006:33)." Especially being that each color has a specific function: red=visitor circulation, yellow=electrical, blue=air, green=water. 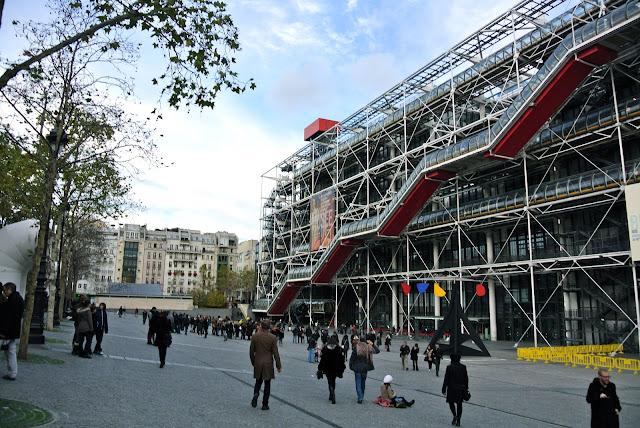 As such, seeing the building for the first time is quite a shock. But it's nothing compared to walking inside. The main hall is open yet overwhelming with the opportunities to access a public library (Bpi), a center for industrial design (Cci), a contemporary music center (IRCAM), an auditorium, theater and cinema spaces as well as shops, cafés, a self-service post office and the acclaimed Restaurant le Georges. 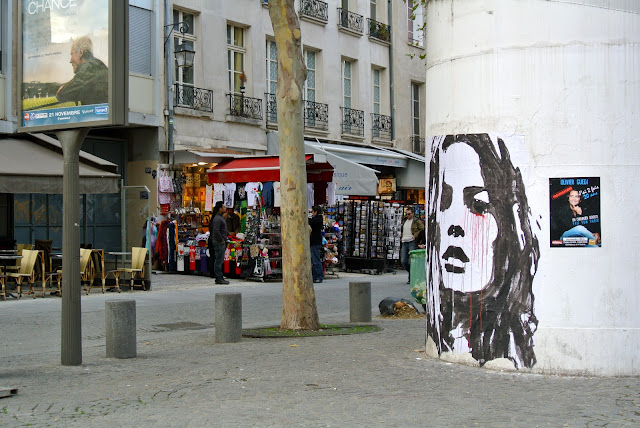 There's "a heightened sense of individual free choice--a major theme of the building as a whole," similar to the MoMA museum in New York as Carol Duncan and Alan Wallach explained in The Museum of Modern Art as Late Capitalist Ritual: An Iconographic Analysis. Except, of course, that each facility has a separate entrance, fee, and security checks. 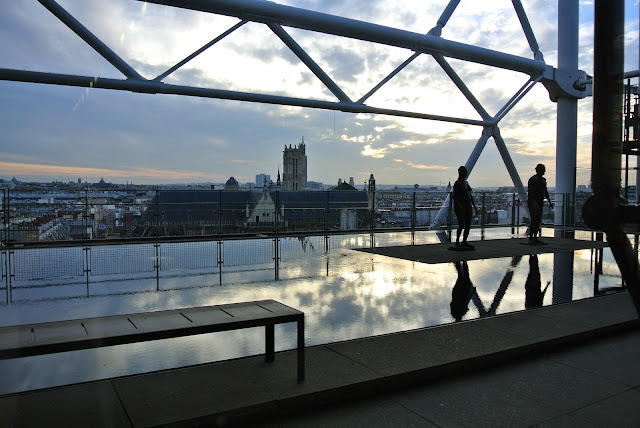 It's somewhat of a contradictory space, as Jean Baudrillard criticized in The Beaubourg-Effect: Implosion and Detterence; "a fluid communicative exterior--cool and modern--and an interior uptight with old values." 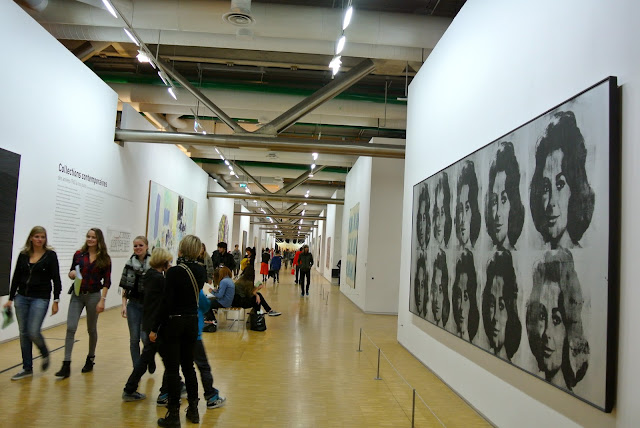 I won't say I agree completely, at least not as harsh of an extent, but I do see where he's coming from. Although intended to be revolutionary, the museum has mostly become what we expect museums to be: displayed art in an organized matter (sometimes by artist if they or their benefactor is wealthy enough) that is meant to be seen not touched. 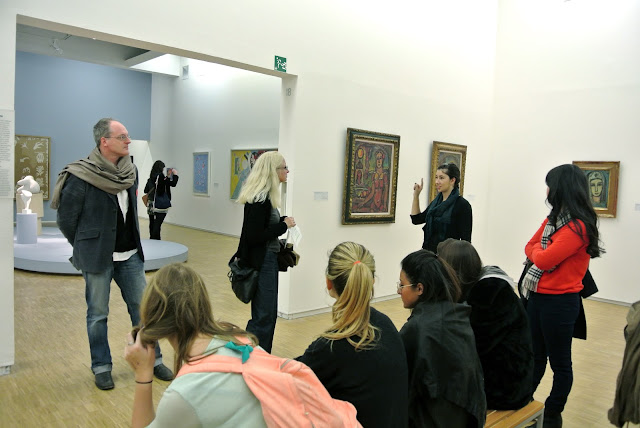 As Emma Baker said in The museum in a postmodern era: the Musée d'Orsay case study: "...the building itself conceived as a kind of box divided by movable partitions for the sake of flexibility. The Pompidou Centre originally exemplified this type of museum, but its immense open spaces were converted into conventionally solid and permanent galleries during the 1980s." 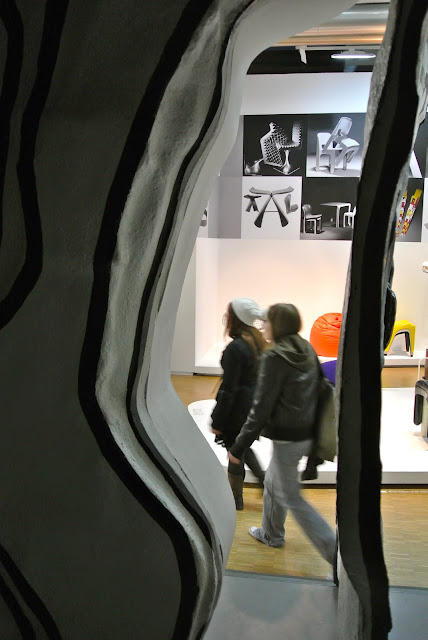 Particular artists currently featured there are challenging this shift with interactive and/or multimedia displays of familiar objects in typical settings. An artistic feature which I don't doubt maintains the uniqueness of le Centre Pompidou in the eyes and experience of the average visitor. 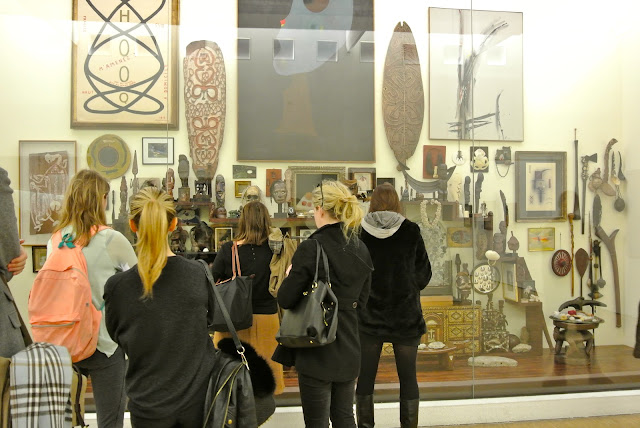 And yet, to quote Andrea Fraser's article, Isn't this a wonderful place? (A tour of the Guggenheim Bilbao): "Like the philanthropic act of donation through which so many objects find their way into museum collections and on which so many museums themselves depend, the aesthetic and its institutions are both the product and the manifestation of a distance from economic necessity of economic power that is 'first and foremost a power to keep economic necessity at arm's length.'" 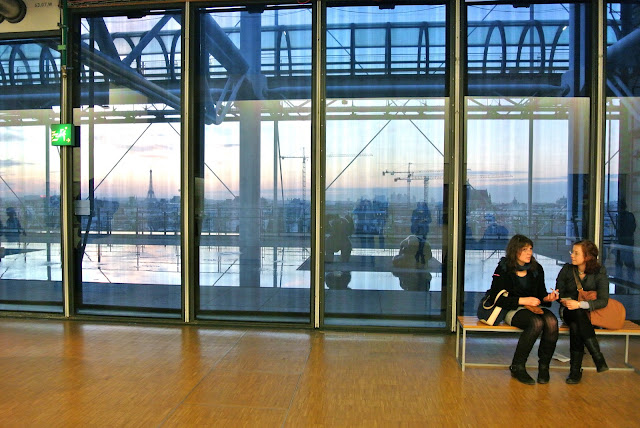