My mom and sister came to visit me over their Thanksgiving break. It was their first time in Paris. As eager as I was to bring them museums though, I was also adamant about creating a unique, non-touristy experience. For their first full day then, I proposed a walking tour, and much to my delight, we happened to stumble upon a brocante. 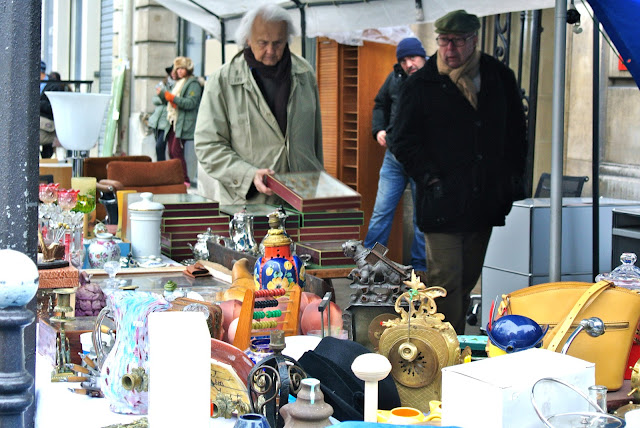 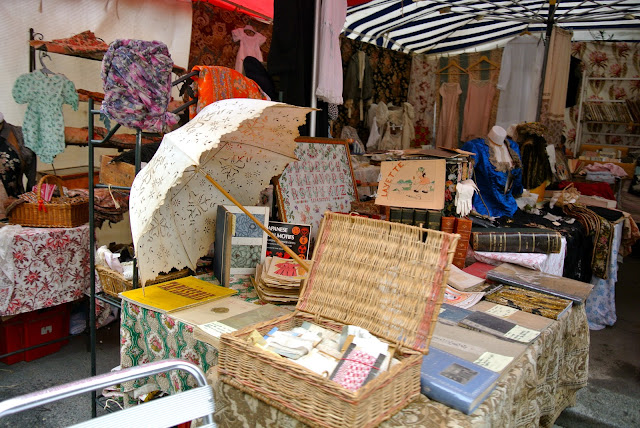 "In the late 19th century, not that long before the walls were razed [in Paris], beggars and drifters were chased out of town by city ordinance, and so were the chiffonniers, or ragpickers, who scoured the streets by night scavenging discarded goods to sell by day. They were known as biffins (foot-soldiers) or crocheteurs—either a porter who carries heavy goods on crochets (hooks), or a lock picker, possibly indicating that some of the scavenged goods had not yet been discarded. They were also called pêcheurs de lune, or fishermen of the moon. 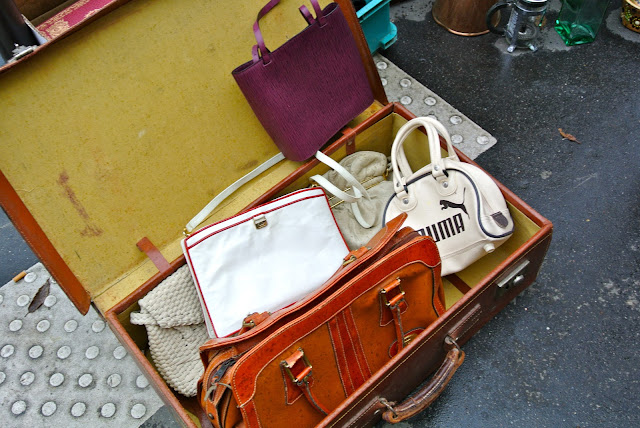 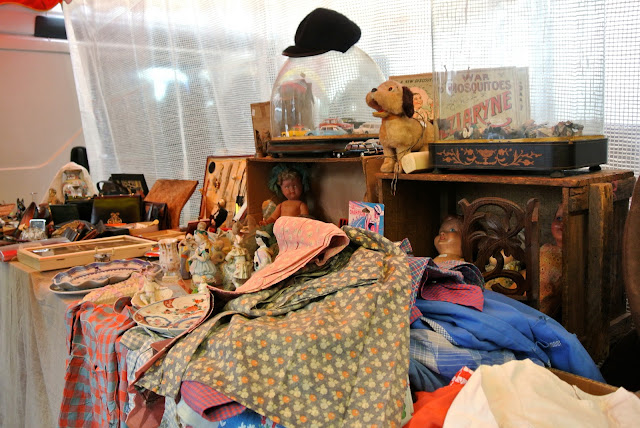 Ousted, they began to congregate just beyond the fortifications, near the portes of Montreuil, Vanves and Clignancourt, to sell their ragged wares, and gradually the flea markets took shape. The “flea” tag may have come from the scruffy condition of sellers and stuff, but the semi-official story goes that an observer, looking down from the heights of the fortifications, saw the tiny figures far below as flea-sized. Either way, the name stuck, and eventually the markets became popular—even fashionable—spots for weekend chineurs (bargain hunters) out to fouiner (nose around) for antiques and brocante (bric-a-brac). " 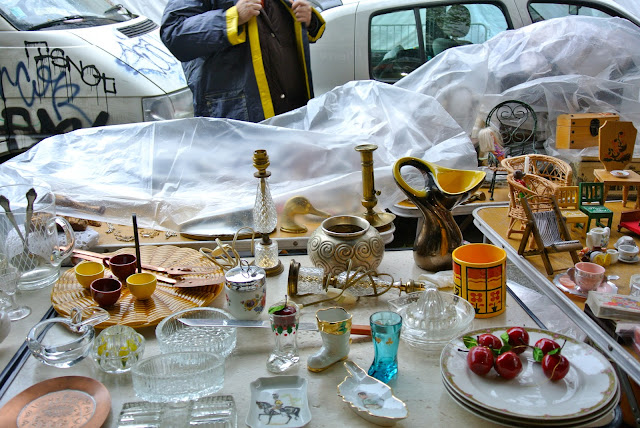 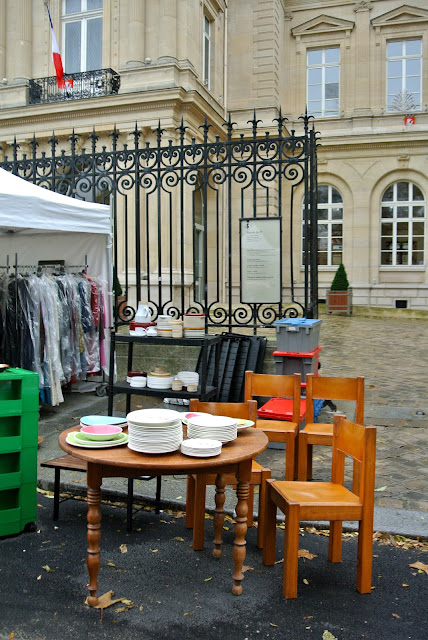 Thanks to Judy Fayard's words in a September 2010 issue of France Today, now you and I both know. 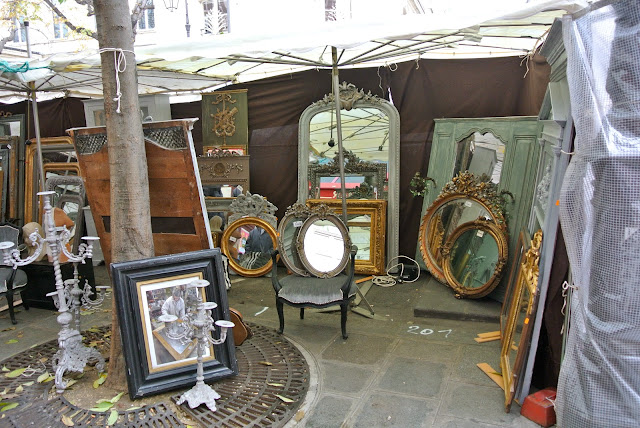 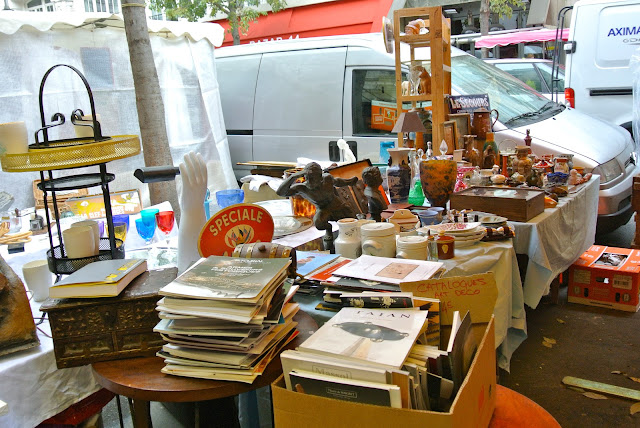 It was pretty amazing to think that myself, my mom, and my sister, all appreciators of antique items--paintings, art deco, ceramics, furniture from the 60s and 70s, silver, vintage clothing, kitchenware, jewelery--were in a place where the entire concept of an antique market began. Especially being that Paris literally has more history than New York. 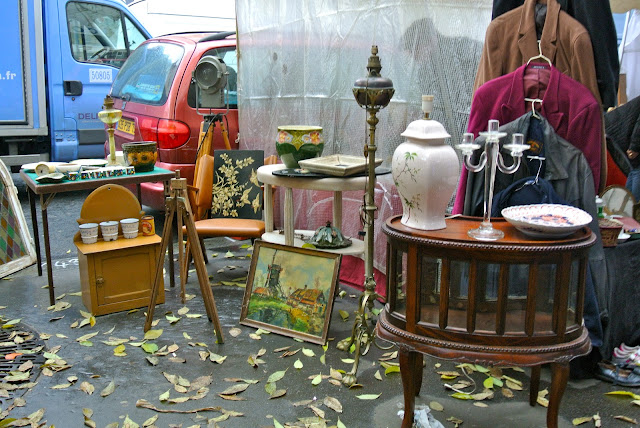 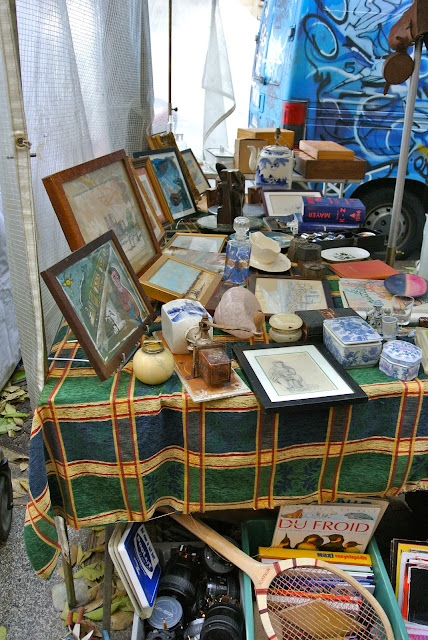 One man's trash is another man's treasure; and as such, they left with a few one-of-a-kind souvenirs. 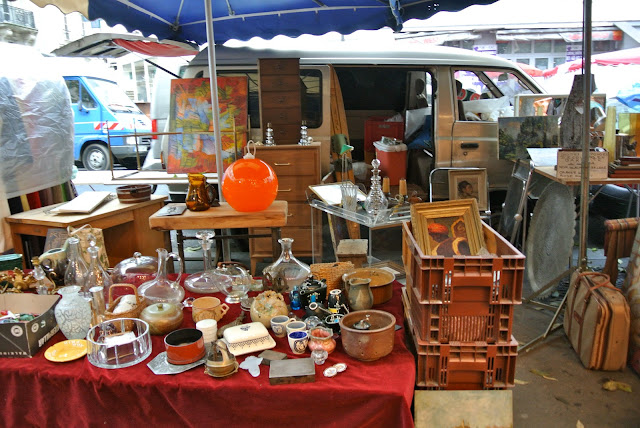 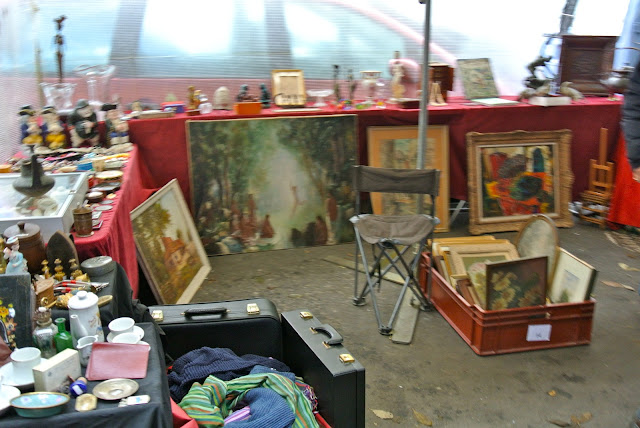 I'm not sure if this particular brocante takes place weekly, but if so, you can visit it in the norther Marais on Friday mornings. Metro Temple is best. Otherwise, check out this comprehensive list from The Guardian.
Posted by danielle abroad at 9:36 AM